Getting fired sucks. It is demoralizing to your self-esteem, ruins your self-image and makes you self-conscious in front of others.

Unfortunately, the fear of losing a job or being unemployed often makes us show up to a job we hate every day, even when we know we might not be a good fit. And when we are unhappy in a position, that unhappiness comes out, even when we try to keep anyone from noticing. At work this can look like irritability with co-workers, lack of motivation, negativity toward the company and even absences or missed work deadlines.

Often, professionals will push themselves to overcome these obstacles because they want to prove themselves in the job or in their career field. They might compare themselves to classmates or peers who seem happy and fulfilled in their jobs and wonder what is wrong with themselves. They might even dismiss the uncomfortable feeling that says “maybe this isn’t a good job for me,” or “maybe I should look for something else,” especially if they feel they are following some “predetermined career path” that all professionals should follow.

And given how much of our waking lives are spent in our jobs, unhappiness at work often turns into dissatisfaction at home. Personal relationships can suffer, investment in leisure activities often wanes because we are exhausted from trying to make a job work that isn’t working for us. It is exhausting trying to put a round peg in a square hole all day long! When we force ourselves to stay in a job or career that’s not working, we can experience depression, anxiety, anger, distrust, lose confidence in ourselves and damage our relationships. But allowing ourselves to pay attention to the voice that tells us we might be in the wrong job can be really difficult, so often we stay the course and continue to try to make the best out of a negative situation.

This recently happened to a client of mine who communicated her dissatisfaction with her job to her co-workers. When the problems became noticeable, management became involved. In a compassionate workplace, supervisors can support professionals in identifying their challenges and even assist them in leaving the position to find one that’s a better fit. But many workplaces, such as the one my client was in, are not compassionate and this led to the unfortunate news that she had been terminated from her job. She had been fired.

As you can imagine, this was devastating news. My client thought she had been addressing the challenges she was experiencing at work and she had even received feedback to that effect. But that didn’t change the fact she had just lost her job. She was stunned and overwhelmed with fear about how to move forward. Worse yet, my client didn’t understand how circumstances had led to this outcome and her confusion made her wary of looking for other positions for fear of similar experiences. She was paralyzed and couldn’t begin to identify a way to move forward.

All of this is perfectly understandable given my client was early in her career and had never learned how to navigate workplace conflict like this. She worried about her reputation, her career, and how she would pay bills without a job. And, like most young professionals, she didn’t have enough money in savings to spend months finding another job that would be a better fit. In time, she ended up in a much better place and turned her situation from “Fired” to “Fabulous.”

Losing a job doesn’t have to be the end of the road career-wise, or even mean you’ll have to move back in with your parents. Used strategically, getting fired can lead to new insights about yourself that can help you create the lifestyle you want and find a job you love.

Read on to learn how my client turned the worst day of her life into one of the best!

The Life of a Busy Professional

Before therapy my client was a busy professional, working upwards of 50 hours/week, loyal to the company, often giving of her personal time to manage high demands and expectations. She felt accomplished and valued by the company, which boosted her self-esteem and led her to work harder to try to make others in the company happy. She recognized she didn’t have much work-life balance, but she felt she needed to pay her dues in order to continue to succeed in her field. My client didn’t love managing people but had moved up through the ranks in her organization so that became an expected part of the job. And she’d had some struggles as the “new boss.” But in the last year or so things seemed to have been settling down. Difficult personnel issues had been addressed and the organization seemed to be moving into a new positive direction. And then, seemingly out of the blue, my client was fired. She was devastated, feared her life and career were ruined, that she would go bankrupt. She even contemplated suicide. Thankfully, she scheduled an appointment with me before she took any actions that could have been disastrous.

In the first session I could see how overwhelmed the client was, how deeply this experience had shaken her understanding and trust of herself and others. She was tearful throughout, said she was depressed and felt defeated, voiced some vague suicidal ideation, and felt betrayed and confused about how things could have gone so wrong. I provided support and normalized her reactions to the recent events. I asked insight-oriented questions to help her begin to explore her fears and her sense of shame and identify what she needed to do to get her life back. We also worked together to process some messages from much earlier in her life so she could begin to understand the dynamics that had led her to a place where she had put so much of herself into her career, without equal investment in her personal life.

A significant aspect that emerged in the course of therapy was the realization that the client did not love her job, despite what she had been telling herself and others for years. In therapy we were able to explore her sense of herself as a professional in her field by deconstructing the messages she received from herself and others. We worked to help the client understand how much she felt she was “locked into” following the expected path and what kept her from creating her own path. In quiet moments the client could acknowledge she wasn’t happy or content but when she expressed this to others, she felt shamed and alone because everyone else seemed to be loving their work as managers. This shame prevented the client from really listening to herself. We spent time in session connecting that shame to earlier messages from her life.

We spent significant time in therapy exploring the factors that contributed to my client not listening to that inner voice that told her she wasn’t happy. There were messages from childhood that we had to unpack in order for the client to understand how much of an impact her thoughts had on her behaviors in her current situation. We had to explore how these messages (which she was sure she had already addressed in previous therapy) were continuing to influence her sense of herself and her behaviors with others. Ultimately the client was able to recognize that her need to manage others’ impressions of her, combined with her anxious perfectionism, often led her to come across to others as hostile and critical. This insight helped point the client in the direction of some very specific things she could begin to do so she could better manage her internal reactions to situations and thus, change how others perceived her.

Once the client and I had worked together for a while, she made some great improvements. She was able to realize her patterns, how her own unacknowledged dissatisfaction was getting communicated to her staff, how her anxious need to exceed/perform well/be highly regarded, likely came across to her staff as demanding, inflexible and difficult. She came to understand that what felt like anxiety for her, came across as anger and harshness to her staff.

Once we worked through some of these initial challenges, we used time in therapy to identify the kind of life the client wanted, in an ideal world (which she was going to create for herself) where only she made the rules. The client was able to put aside some of those unhelpful messages and identify what she wanted in her life—better work/life balance, the opportunity to serve others, rather than manage them. And we identified how she could bring these values into a sustaining and fulfilling job.

The client was able to use the insight she gained through therapy to start her own business. She capitalized on the skills and network she had developed in her years working for others to create a business model with which she felt comfortable and fulfilled. She started to listen to her inner voice, trust her sense of herself and create a system guided by her values for her life. And because her business allowed her to be consistent with her life values, it quickly grew and became self-sustaining. Her fears of going bankrupt or having to depend on others evaporated.

Therapy focused on helping the client identify problematic behaviors over which she had control, understand the influences that led to the development of those behaviors, and practice opportunities for the client to change those behaviors going forward. This process led to a fundamental shift in the client’s self-understanding and interactions with the world. The process of clarifying her values as they connected to her career allowed her to create the type of job that was consistent with those values as well as financially sustaining.

Getting Fired Can be the Best Thing to Happen to You

It’s true getting fired is devastating and demoralizing, but if you can use the opportunity for self-reflection and improved self-understanding, the next step in your career journey can turn out to be the perfect job, aligned with your values. And because you’ll come to a new understanding of some of the influences on your behavior, you might also find improved relationships both at work and in your personal life. Scheduling a therapy session with me can help you achieve the meaningful insights that can result in these kinds of significant changes.

Contact me today to schedule an appointment to get you started on the path to the career and life you have dreamed of but been afraid to make happen. 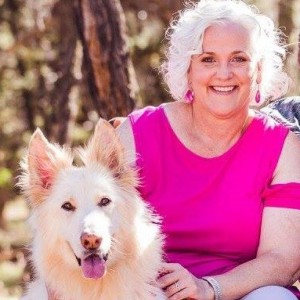 Dr. Carol O'Saben is a licensed psychologist in Arizona. She has over 25 years of experience working with clients with a wide range of concerns. She provides secure online therapy for individuals living in Arizona, Florida, and other PsyPact States. If you are looking for a therapist, you can learn more about Dr. O’Saben at drosaben.com.
PrevPreviousHot Air Balloons and Therapy
NextFive Reasons Online Video Therapy is the Perfect Fit for Busy ProfessionalsNext